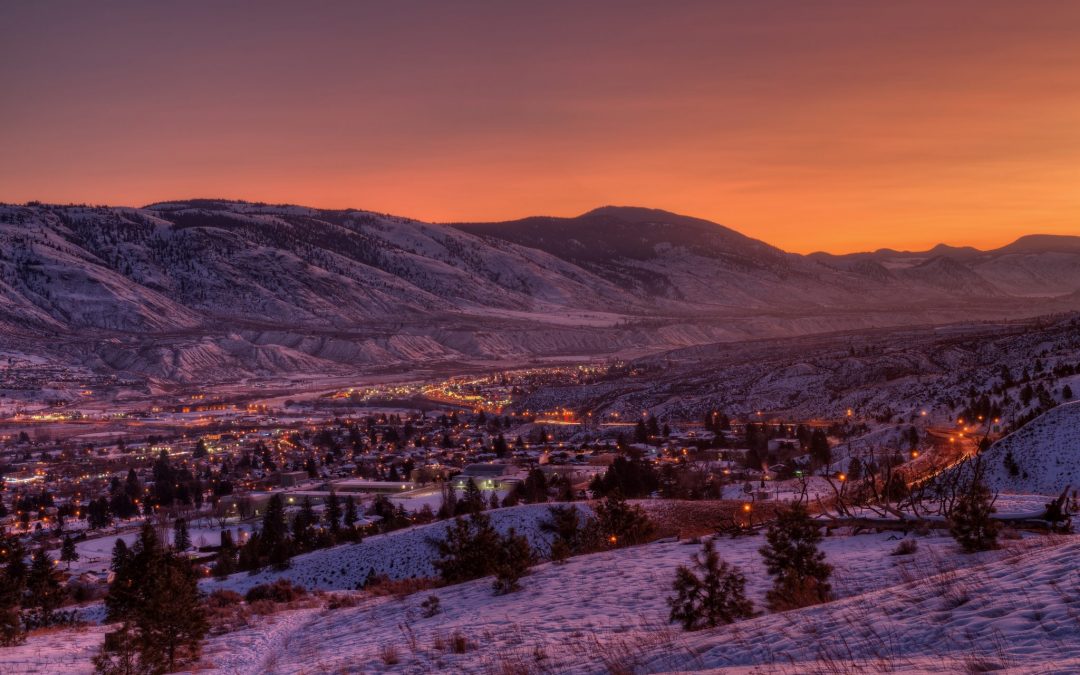 Long before I launched the commercial photography site, as a Commercial Photographer – Olsen Imaging  most of my photographic journey’s involved capturing scenic Landscapes and Cityscapes of Kamloops and region. That passion has never waned and the original website www.olsenphotography.ca is still thriving, especially with Kamloops businesses, wanting to showcase their beautiful city on their website and/or in their office. The photos are also being used for retirement and going-away gifts for business colleagues and co-workers. Past clients have included the BC Government and Interior Health Authority.

I’ve had many people, both individuals and business, ask me over the years, which photos of Kamloops are the most popular and the back-story behind them. I mulled over the requests for some time and decided that this Blog is the perfect vehicle to do that.

Without a doubt, the stunning panoramas of the city of Kamloops are the most popular. Many of us take the natural beauty of this river-valley for granted. Visitors to the Tournament Capital see it in its true light and are often awestruck. There’s a very good reason that the Rocky Mountaineer is based in Kamloops and the train stops here.

The meeting of the North and South Thompson Rivers meeting in Kamloops not only plays a significant role in the birth of Kamloops. Historically, Kamloops” is the anglicized version of the Shuswap word “Tk’əmlúps”, meaning” – meeting of the waters. It is also visually stunning to photograph, enough so that the 4- Points by Sheraton Hotel in Kamloops purchased one of my 4 by 7 foot canvases, to hang behind their front desk of the hotel, along with other “scenics” for every guestroom within the hotel.

Similarly, the new Thompson Rivers Otolaryngology clinic on St. Paul was looking for a huge print of Kamloops to hang behind their front desk and decided on a 9 foot canvas of Kamloops, bathed in golden light.

If you’re like me, there’s nothing more enjoyable than a feed of ooey, gooey pizza and one of my favourite restaurants is Boston Pizza. The next time you visit the Boston Pizza on Victoria Street in downtown Kamloops, there’s a good chance you’ll notice a huge black and white print of Kamloops along one wall of the restaurant. The owner of the pizzeria fell in love with the image she saw on www.olsenphotography.ca and wanted to proudly display her city.

One of the most interesting requests came from Kamloops City Hall.  They were in the process of creating some photo collages to be placed in the Lobby of City Hall.  The criteria was clear; they needed to reflect the DNA of the River City, it’s people,culture and sense of community  They contacted me and after several meetings, decided on a selection of images that were arranged as a couple of photo collages. I was honoured and humbled to be asked.  Many of the images shown here are mine. On a very personal and touching level, I recently received an email from Kamloops Realtor Aaron Krausert, who wanted to present a very unique gift to his wife Sarah, on the arrival of their second child, Luka, who was born on December 3, 2017. It also happened to be the night of the arrival of the Supermoon over Kamloops.   Aaron ordered a large canvas of the image below and had Luka’s birth date and name engraved on the print. Needless to say, this celestial phenomenon was the perfect way to commemorate the special gift bestowed upon the Krausert’s. Over the years, there have been dozens of other occasions, which people wanted to chronicle with the gift of a framed photo of this beautiful city and region. Here are a few more popular scenes. We are indeed fortunate to live in such a spectacular part of the world. If you want a unique memento for that special occasion, please contact me at Olsen Imaging or peter@olsenimaging.ca and have a look around www.olsenphotography.ca. For commercial clients, please remember to check out my Commercial Photography site. Happy surfing!